In the dystopian world of Ray Bradbury’s Fahrenheit 451, dissemination of information and entertainment through large TV walls is one of the primary aesthetic themes, highlighting our systematized migration away from books and free thought.

For the HBO adaptation, director Ramin Bahradi extends that device, imagining a world in which our hero, Guy Montag (Michael B. Jordan) lives in a space filled with screens: a giant living room wallscreen, and hanging “curtain” screens that separate the living room from the rest of the house.  Outside, entire building facades are the canvas for enormous projections of government propaganda.

Since the story of Fahrenheit is of a world devoid of imagination and therefore should be aesthetically minimalist, it was important to the director that the screens remained very clean and readable despite the many moving elements. 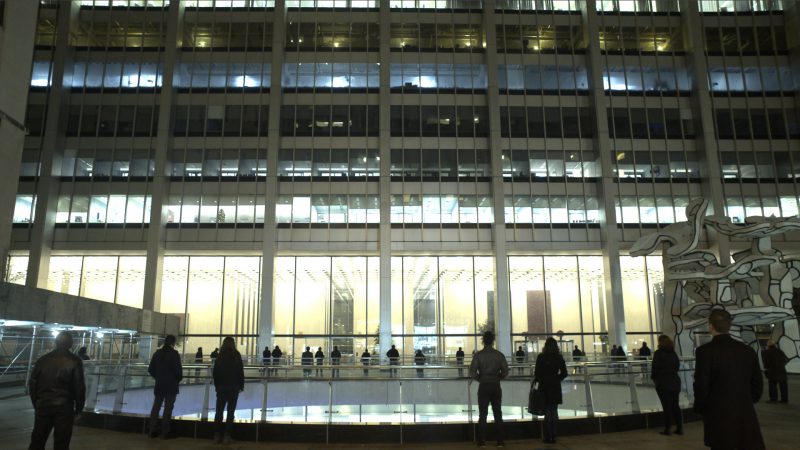 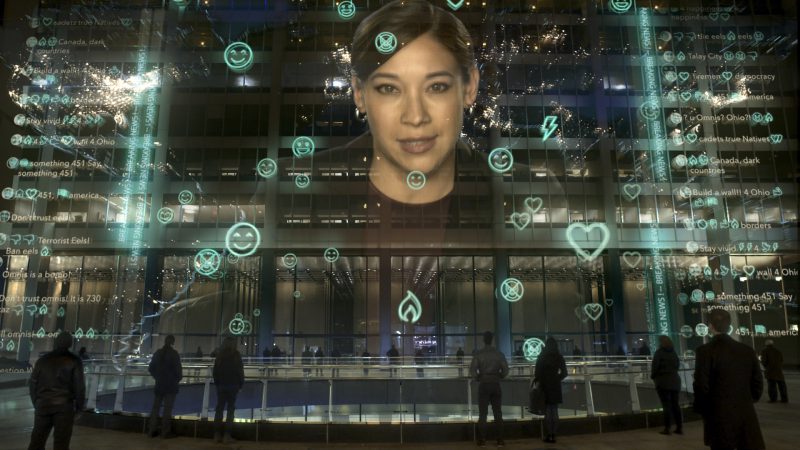 To help guide our look development, Phosphene’s VFX Supervisor John Bair and show Supervisor Jim Rider imagined the screens as projections a foot or two off the surfaces of the buildings, rather than images being projected onto the building.  This way, we could play the screens as uniform surfaces rather than being broken up by or wrapping around windows frames and small architectural details that would disrupt the flow of the image.

BURNING DOWN THE HOUSE

For scenes in Montag’s living room, it was immediately apparent that VFX would be needed to add content to the wallscreen and curtain screens.

On set, the edges of where the curtain screens would be digitally placed were demarked with fishing line and tracking markers. This gave an easy way for production to block and frame the shots, and was useful for our VFX team as reference for where in space the digital screens should be added. 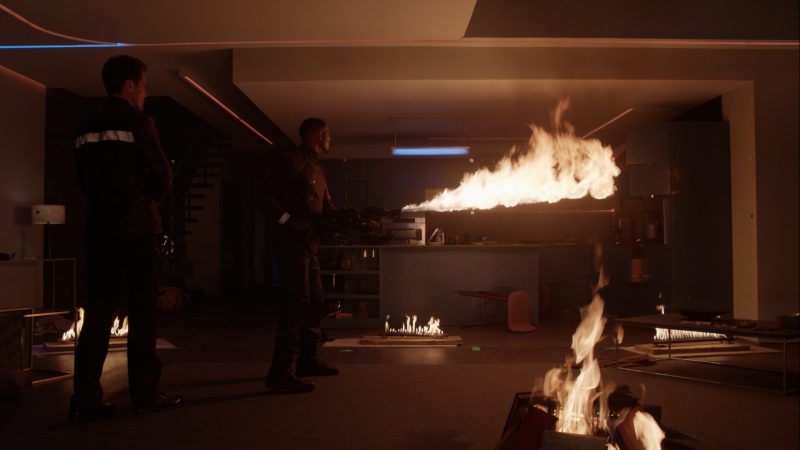 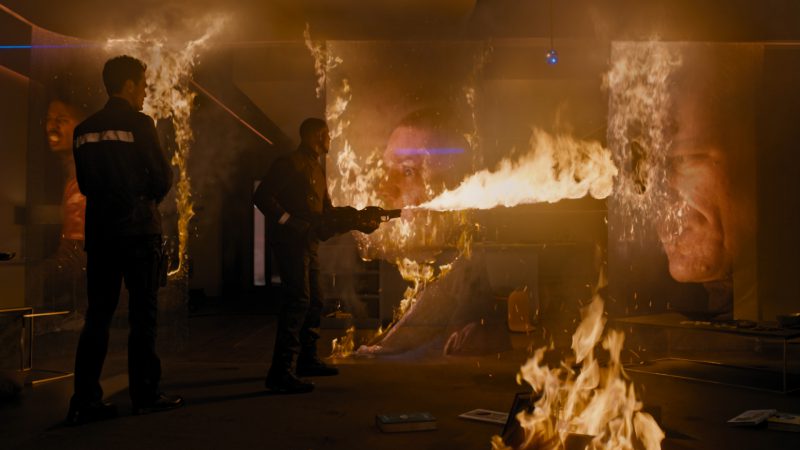 For the final shots, all tracking markers were painted out, so they wouldn’t be visible through the translucent digital screens.  3D Studio Max was used to model the curtains and set up UVs, and both Nuke and 3D Studio Max were used to simulate cloth movement:  subtle drifting as our characters walk near the screens and – eventually – aggressive rippling and tearing as our hero burns the screens down with a flamethrower.

We made use of Nuke’s 3D toolset to add all textures and screen content.  This meant that as the shots evolved, tweaks and revisions could be quickly handled by the comp team rather than needing to send elements back to the CG department for changes.

For shots of our digital screens burning down, Nuke was used to composite 2D smoke and fire elements shot by the production team.  Additionally, we used Nuke’s particle system tools to create fiery embers rising off the burning screens.