Mr Robot’s creator, Sam Esmail, had informed us he intended to show the dissolution of Elliot’s fantasy unfold onscreen in a series of VFX shots.

More specifically, these shots were to show Elliot’s fantasy world dissolving into the reality of prison.

The concept for these transitions was to keep the back of Elliot’s head in the center of the frame while the setting changes around him. This makes for a slightly trickier composite compared to say, hiding the cut in a whip-pan, or having the camera get close enough to the actor, blocking out the frame completely and wiping the frame a la Hitchcock’s “Rope.”

Our challenge for each transition was to have them be seamless but also visually interesting. This required a unique strategy for each shot.

This was our most technically complex transition. Both location plates were camera tracked, and the geometry of both locations were aligned in virtual space. The textures were re-projected from the tracked cameras and the actor painted out.

A third virtual camera was then created to smoothly transition between the two tracked cameras as we move from townhouse to prison hallway. The actor was rotoscoped and composited back over the background completing the illusion.

Meanwhile, the trees and sky were composited to stay consistent between the two takes. The smokestacks were also added in post as a bridge between both real and imagined basketball courts.

Notice that these smokestacks are visible (also added in post) in the first episode of the season, “unm4sk.” A small hint of the ‘real world’ peeking through Elliot’s fantasy. 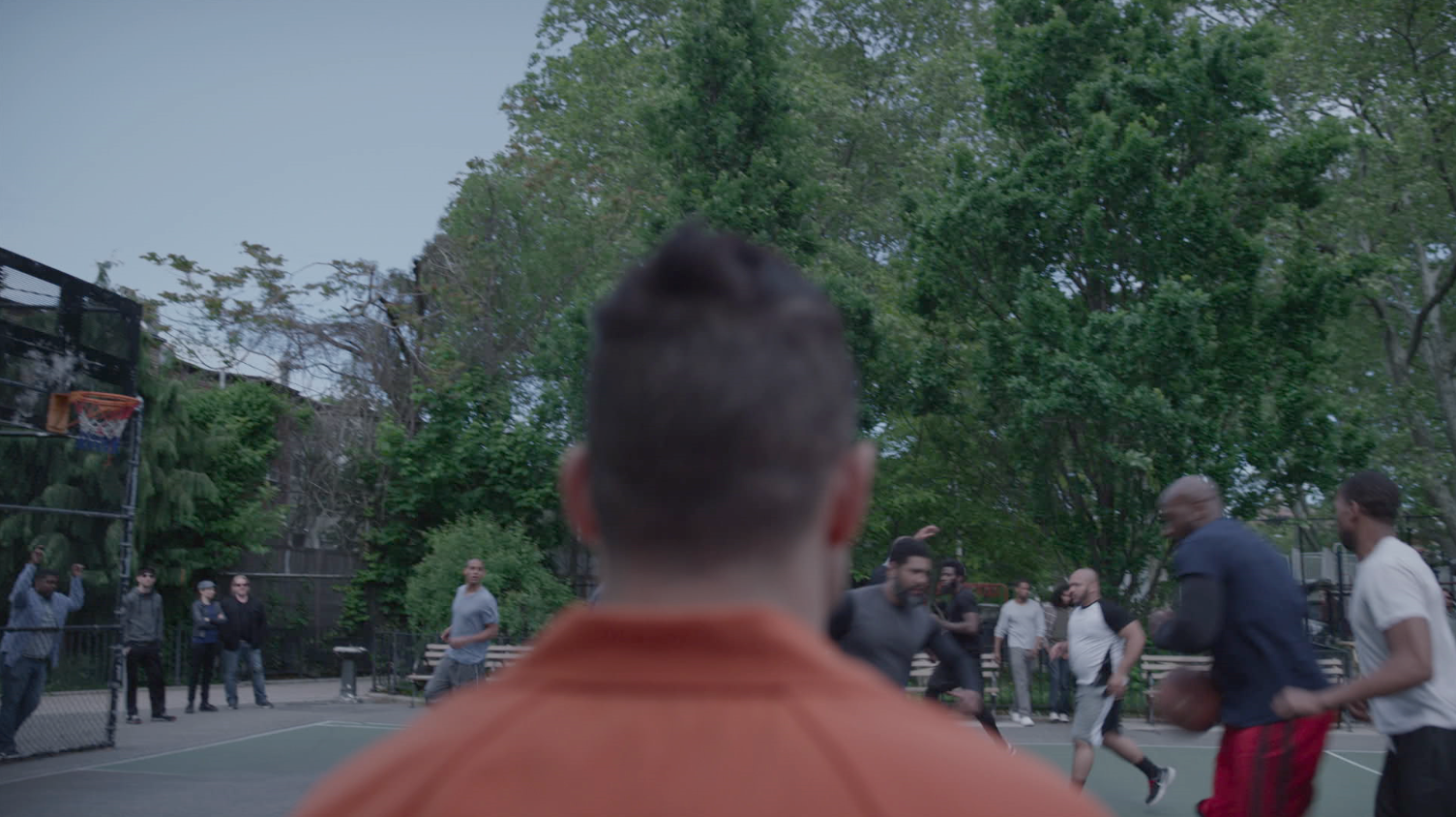 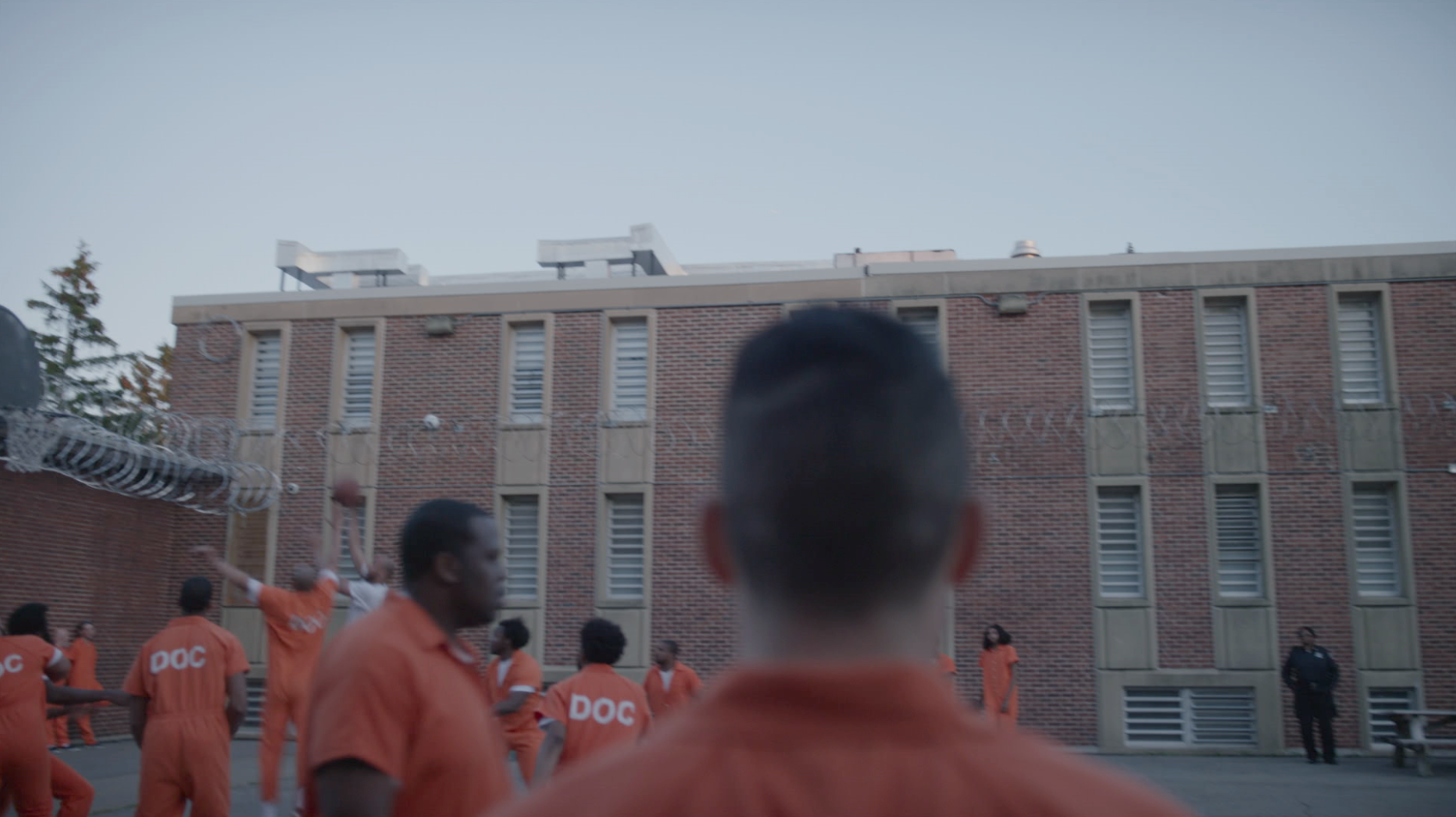 A straightforward seamless stitch between two similar plates. We consulted reference stills to ensure that all of the actors were seated in the exact position and manner between the two locations. We then blended the two plates as the camera moved from left to right, finding areas of similar color, density and texture to transition smoothly between Elliot’s fantasy and reality.

An effective camera move, as well as great details in matching set design, help to sell this transition between the fantasy diner and the prison diner.

Our job in post was to find a way to transition between the two worlds. To do this we amped up a flickering fluorescent light to motivate a series of vanishing ceiling chunks, until all that’s left is the drab prison location footage. The plate of Elliot’s head from the diner location is rotoscoped and maintained throughout the shot. 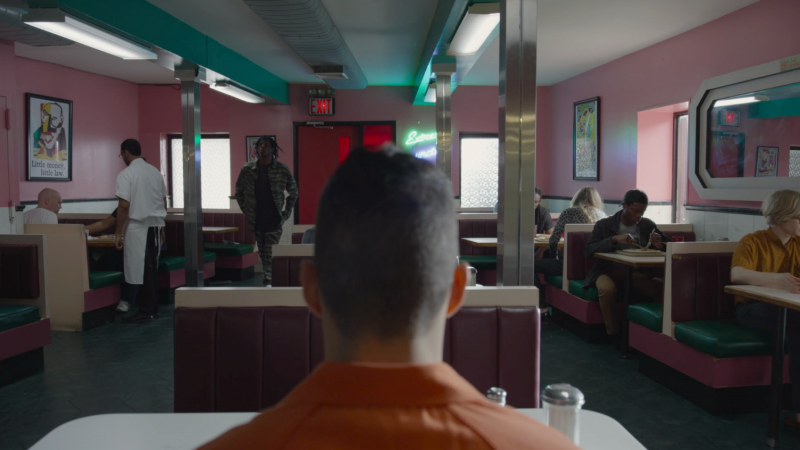 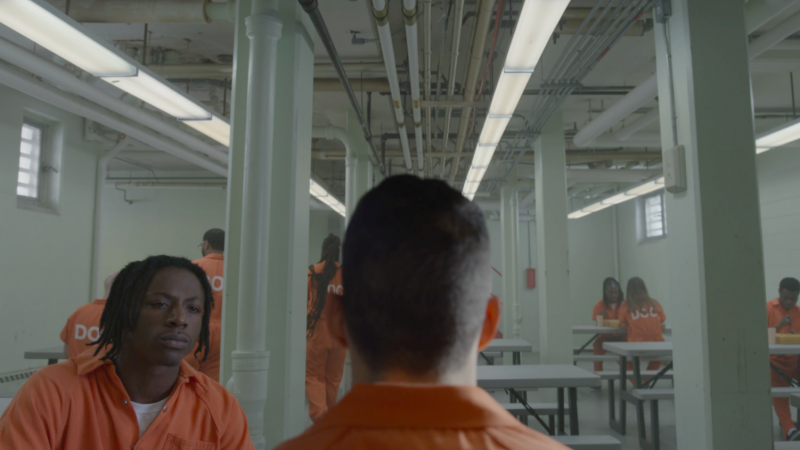 This transition comes closest to the hide it in a whip pan method, but is made interesting by the prisoner’s face remaining in frame during the transition. At the prison location, we took some time to choreograph the camera operator’s and actor’s movements to try to recreate the framing and momentum we captured out on the street. We then ironed out and removed all the seams in our composite.